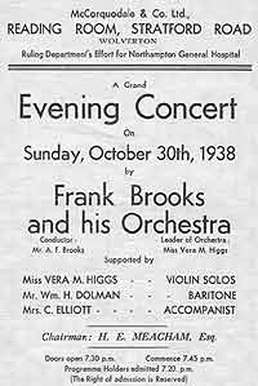 The Wolverton Light Orchestra provides an opportunity for local amateur musicians to play all sorts of light and popular music and meets in the West End Church, Wolverton every Tuesday evening at 7.30pm during term time. We aim to perform three or four concerts a year and including a sell-out Christmas concert at Stantonbury Campus Theatre.

The orchestra has quite a history that can be traced back over more than 80 years. Initially it was the Frank Brooks Orchestra and became known as the Wolverton Light Orchestra in 1977. Since 1995 it has been under the musical direction of Mike Crofts.

A particular objective of the orchestra is to raise money for local and national charities. Charities helped have included Willen Hospice, Macmillan Cancer Care, Marie Curie, CLIC Sargent to name just a few.